8 Of The Top BBQ Festivals & BBQ Pitmaster Competitions For 2023 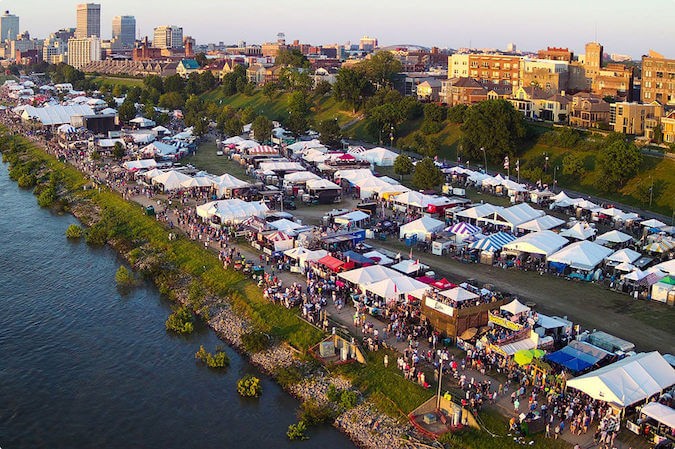 You’re definitely not alone if you haven’t gotten to travel much over the last couple of years and are itching to take an adventure in 2023. And if you are a barbecue and outdoor cooking fan, a BBQ festival or BBQ pitmaster competition can check off that box and offer an unforgettable time.

It’s not too early to start planning for a big trip in the new year and one of the big-time annual barbecue festivals is a must on the bucket list (and could make for a great Christmas present too!).

Where else can you enjoy a variety of different barbecue meats and other grilled food along with watching great competition cooking, music, and usually enjoying great pairings of beer and whiskey? If you’ve become a skilled Pitmaster, you could even show off your barbecue game by entering one of the competitions yourself!

There is definitely no shortage of great festivals and BBQ competitions in 2023 to choose from! No matter where in the country you are, chances are there’s a great BBQ festival or cook-off happening not too far from you next year. You could even plan on checking out several different ones throughout the year and try the different regional styles of BBQ that you’ll find in different parts of the country.

Plus, there are several top-caliber BBQ events that are worth traveling to at least once in your lifetime. These competitions draw some of the top BBQ Pitmasters and Grillmasters from around the world!

So, if you’re looking for a comprehensive list of the best BBQ festivals and BBQ pitmaster competitions in 2023, we’ve got you covered! In this article, we’ve rounded up some of the top BBQ events coming up next year (listed in date order):

Dates: The Brooklyn event is scheduled for January 2023 (exact date to be announced) 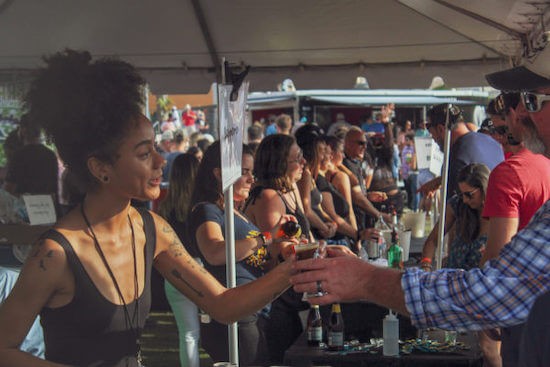 Our first festival on the list throws down in not just one city, but a total of nine U.S. cities throughout the year. The Beer, Bourbon & Barbecue Festival’s 2022 schedule included stops in Brooklyn, NY, Tampa, FL, Atlanta, GA, Wilmington, NC, Timonium, MD, Charlotte, NC, DC Metro, Richmond, VA, and Cary, NC. So chances are, in 2023, you won’t have to go far to get to a stop on the tour.

Each Beer, Bourbon & Barbecue Festival offers an endless variety of barbecue items to try, from whole-roasted hog to beef brisket and everything in between. Plus a huge array of delicious beverages to wash it down and great music to enjoy. As their website describes, the event is “one hellacious day of beer sippin’, bourbon tastin’, music listenin’, cigar smokin’, and barbeque eatin’”.

Your admission ticket also gets you a sampling glass to enjoy ALL-YOU-CARE-TO-TASTE of beer and bourbon samples, so make sure you plan ahead for a safe ride when you are ready to leave the event.

Keep an eye on the main website for the latest updates/dates for the 2023 stops. 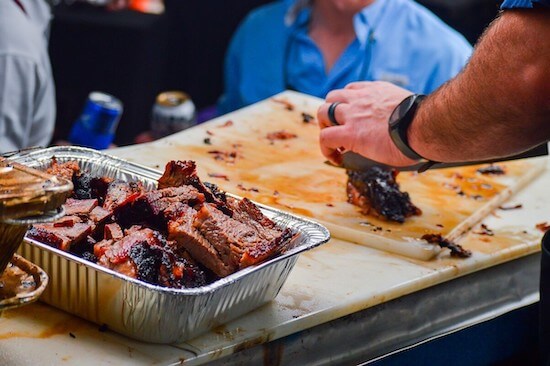 If you are a true barbecue aficionado, one of the big-time BBQ Pitmaster competitions that should be on the bucket list to see in person is the World's Championship Bar-B-Que Contest at the Houston Livestock Show and Rodeo.

Started in 1974, this 3-day competition takes place every February. Gathering from around the country, over 250 of the top BBQ pitmaster teams compete in a variety of competition BBQ categories, including brisket, ribs, chicken, Go Texan, and Dutch Oven Dessert. Plus, the Open Contest category allows competitors to prepare anything they want to from their outdoor cooker (except for dessert).

Even though most of the BBQ team tents are accessed by invitation-only, there are still plenty of great public venues at this family-friendly event. These include the Chuckwagon, the Rockin' Bar-B-Que Saloon, and the Garden Stage, as well as a variety of carnival games and rides. Plus, each admission ticket includes a complimentary sliced barbecue beef sandwich plate.

Two of our featured Pitmasters here at BBQ Champs Academy, Mark Lambert and Joey Smith, were Grand Champion winners at the event in 2019 and Reserve Grand Champions in 2020.

World Championship Barbecue Cooking Contest at the Memphis In May Festival 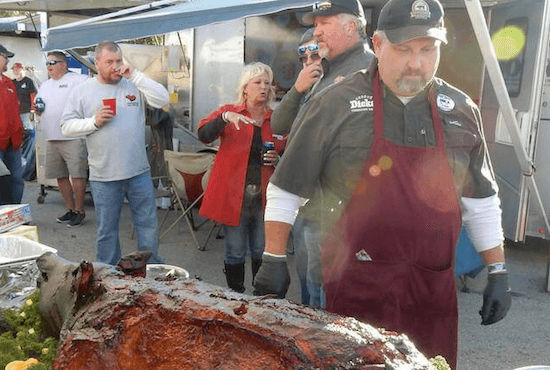 Touted by USAToday as the “Most Prestigious Barbecue Contest,” each May the best Pitmasters and their BBQ teams descend on Memphis for the four-day competition known as the World Championship Barbecue Cooking Contest (WCBCC), which is part of the Memphis in May International Festival. Set on the bank of the Mississippi River, the barbecue competition is just one part of the multi-event festival, which also includes the Beale Street Music Festival.

Teams in the BBQ event compete for over $145,000 in prizes and the title of “World Championship Barbecue Cooking Contest World Champion”, the highest title in competition barbecue. (Which also comes with the ultimate bragging rights)

As the largest pork barbecue contest in the world, the contest features the championship categories of Ribs, Shoulder, and Whole Hog. There are also the ancillary competitions of “Anything But Pork”, Hot Wings, and Sauce.

One of those top pitmasters you’ll usually see competing at the event each year is Mark Lambert (and his Sweet Swine O’ Mine Competition BBQ team). Mark is a 4-time World Champion at this event!

Keep in mind that this event is not a food festival, so the barbecue being cooked at the event is mainly for the competition judges, the teams, and their friends, not for the general public. But, there are still some specialty ticket options available to the public for purchase. These give you the chance to interact with the BBQ teams up close, try some of the championship-level barbecue, watch cooking demonstrations, and more! 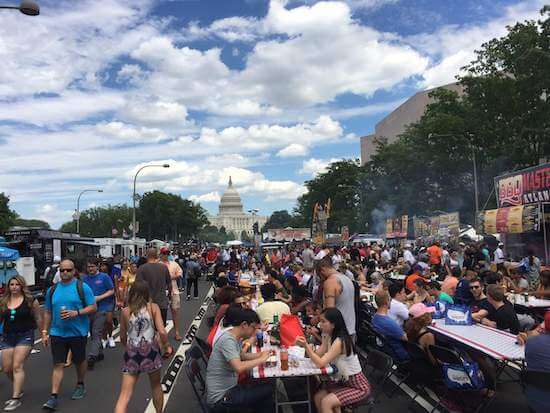 Back for its 31st year, The Giant® National Capital Barbecue Battle will be drawing thousands of barbecue lovers and the best-of-the-best BBQ Pitmasters to Washington, DC in June. This premier barbecue competition and family-friendly food/music festival stretches for several blocks of Pennsylvania Avenue.

At the event, you can enjoy plenty of mouth-watering BBQ brisket, pulled pork, chicken, ribs, and all the delicious BBQ sides to go with it. The event also features four different music/event stages offering a wide variety of different bands and cooking demonstrations, as well as multiple food sampling pavilions, interactive exhibits, a DC Sports Zone, tons of kid's activities, and more!

Through its ticket and food/drink sales, the event also raises millions of dollars for the USO, the Boys and Girls Club, and other local charities. 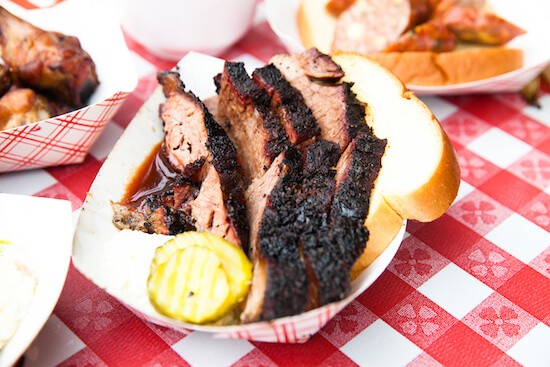 The city of Chicago, which is known for a great BBQ style all its own, plays host once a year to thousands of BBQ and country music lovers from all over the country at The Windy City Smokeout. The huge four-day BBQ competition and country music festival, which will be in mid-July in 2023, takes place in the parking lot of the United Center and offers all the delicious BBQ, live music, and beer you can imagine.

For the last 12 years, this BBQ competition and festival has been one of the largest barbecue events in the country and even named the best food festival in Illinois by MSN. The event features several dozen of the world’s top BBQ pitmasters as well as more than 15 country music acts, including one of the 2023 headliners Zac Brown Band. (Stay tuned to the event website for the full Pitmaster and music artist lineups for the 2023 event.)

There are General Admission, VIP, and Platinum tickets available for purchase now, with part of the proceeds going to local Chicago charity organizations.

Download the official Windy City Smokeout app on Apple or Google Play to receive all the latest updates for the 2023 event. 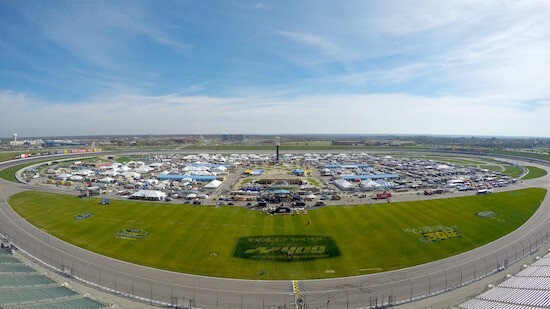 The American Royal World Series of Barbecue is another bucket-list BBQ event that you should definitely check out. This five-day immersive barbecue extravaganza, also dubbed “Kansas City’s biggest party”, takes place at the Kansas Speedway usually in late September/early October and draws 50,000 spectators on average.

2023’s event will be the 43rd year of what has been referred to as the world’s largest BBQ competition. Over 500 competition BBQ teams from all over the world (even Australia) come together to battle it out for the chance to be crowned Grand Champion in the Open Competition, the Invitational Competition, or Sides Competition, as well as major bragging rights.

This event offers not only plenty of delicious barbecue but also a packed weekend of behind-the-scenes tours with pitmasters, vendors from all over the country, incredible live music, and events and activities just for kids. 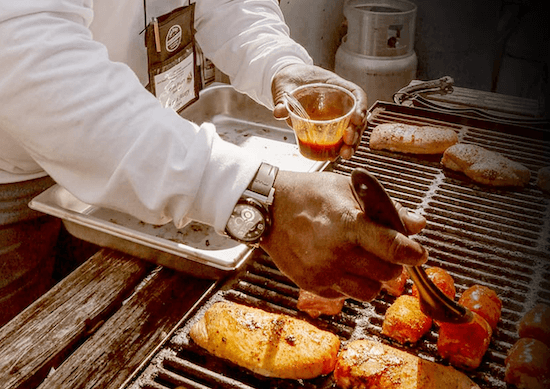 Of course, Lynchburg, Tennessee is synonymous with whiskey-making. But, for one weekend in October for the last 31 years, the barbecue competition nicknamed “The Jack” takes over the tiny Tennessee town. Each year, the Jack Daniel’s World Championship Invitational Barbecue attracts over 40,000 barbecue-loving visitors.

For this event, as one of the most prestigious competitions in all of BBQ, over 80 BBQ pitmaster teams from around the world gather to show off their smoking and grilling expertise and fight for the title of Grand Champion. There are 7 individual category competitions, including chicken, pork ribs, pork shoulders/butts, beef brisket, desserts, “Jack Daniel’s sauce”, and “Cook’s Choice”.

Along with great barbecue competition during the weekend, spectators of this free event can enjoy a variety of live music, vendor booths and displays, and fun events, including a parade of teams, Country Dog Show, 7-mile run, and 5k run/walk. 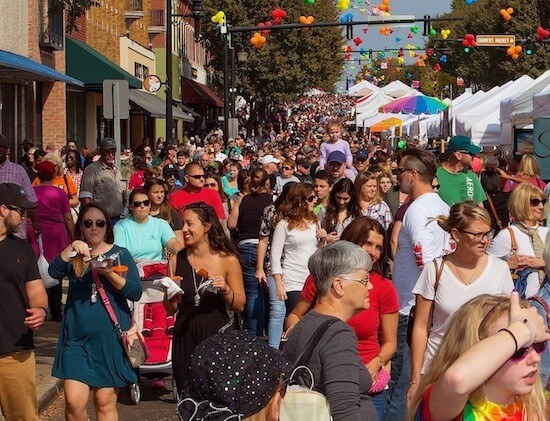 Recognized as one of the “Top Ten Food Festivals in America” by Travel & Leisure Magazine, The Barbecue Festival in Lexington, NC, which will be in its 39th year in 2023, is a can’t miss event of the year in the Carolinas. During this free, one-day event, there is definitely no shortage of mouth-watering barbecue and fun attractions.

The Barbecue Festival showcases one popular regional type of BBQ: “Lexington style”, named after the city of Lexington, NC. The best BBQ restaurants and cookers from around the area will be cooking up their take on this Western North Carolina style of barbecue, which features a tangy, vinegar-based sauce that is reddened using ketchup and lightly sweetened.

*Admission is free with a donation of 5 cans/boxes of food, which will go directly to local food banks.

Don’t Miss Some of the Best Festivals & BBQ Pitmaster Competitions in 2023!

These are just a few of the top festivals and BBQ pitmaster competitions of 2023. As you can see, there is a wide variety of barbecue events happening across all different parts of the country. So, start making your travel plans now if you want to be up close and personal with some of the world’s best BBQ Pitmasters, Grillmasters, and Ancillary cookers, eat some of the best barbecue you’ll ever taste, and have an adventure you’ll never forget!

Have you been to or even competed in any of these great BBQ competitions or festivals before? Do you plan on going to one in 2023? Leave a comment below. We want to hear all about it!

If you want to take your backyard cooking skills to a whole new level before heading out to these BBQ events in 2023, check out our Championship Backyard Cooking Classes today! Taught by Pro Pitmasters and Grillmasters, these step-by-step online barbecue classes show you exactly how to cook 20 delicious smoked or grilled recipes!

And if you really want to get ready for next year’s events, grab your BBQ Champs Academy All-Access pass today to dive into cooking competition-caliber barbecue! Unlike any other classes you’ll find, these online BBQ cooking classes, taught by Champion Pitmasters and Grillmasters, will teach you exactly how to master several different cuts of meat in your smoker or grill. You’ll also get in-depth insider tips and cooking secrets that these pros have learned over decades of experience.

Make sure to also click “Subscribe” on the BBQ Champs Academy YouTube channel today to ensure you don’t miss any of the latest competition BBQ news and insider info!