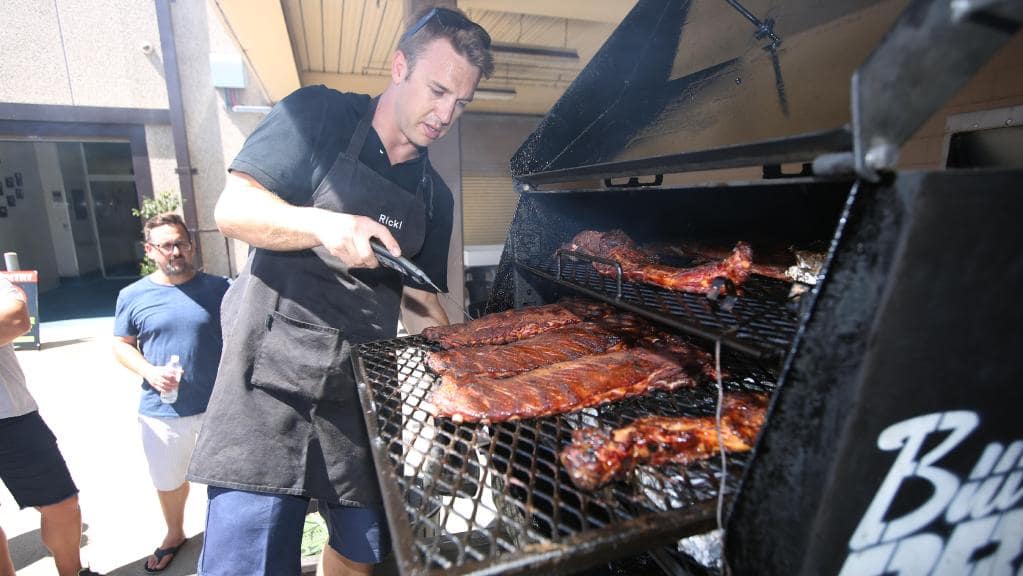 Within the last six years, American-style barbecue has exploded across Australia. Not just with the number of backyard cookers, but specifically when it comes to competition BBQ.

“Low and slow” barbecue cooking techniques, synonymous with American barbecue, are being shared throughout the country and attracting many fans. Just like in the U.S., more and more BBQ competitions are popping up and becoming a hobby for the whole family. Nick Cooper, of Australian barbecue team Scotch & Smoke BBQ, is just as much a fan of the way barbecue brings people together as he is the competition. “There’s the competition side of it but it’s also like going away camping with all mates, but you but cook barbecue, get some beers and we turn it into a family adventure as well because my wife and daughter come along too,” Cooper told the Australia Daily Telegraph.

There are now over 400 competition BBQ teams throughout Australia. There were just 20 teams less than five years ago. Barbecue smoker manufacturer Hark Smokers of Australia has seen sales of competition-grade smokers increase at least 25% year over year for the last five years. These numbers are clear indicators that American-style BBQ has cemented its place in the hearts of many Australian’s and doesn’t seem to be stopping anytime soon. Michael Willcocks, co-founder of BadAss BBQ, a Sydney-based competition barbecue team can attest to that. "I've always been fond of outdoor cooking and once the competition scene launched in Australia I thought, 'I have to be a part of this'," Willcocks said. 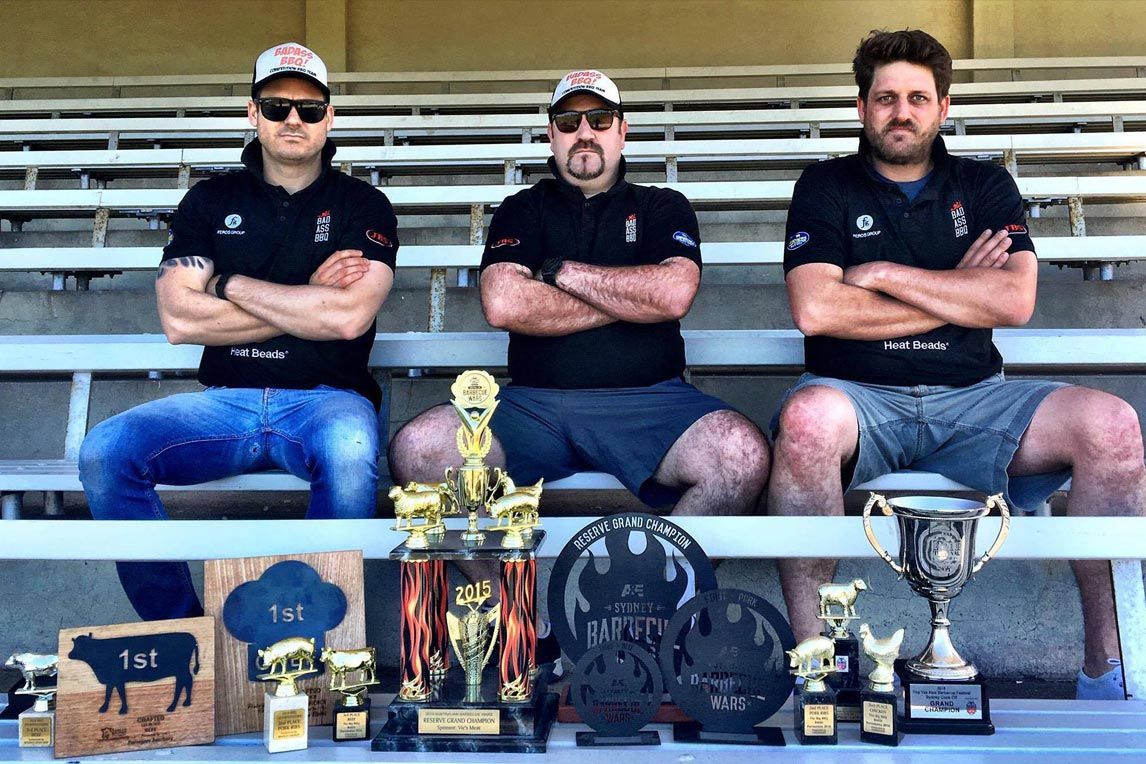 As interest in American-style barbecue began to really take hold across Australia and more and more backyard cookers were wanting to get into the competitive side of BBQ, the Australasian Barbecue Association (ABA) was formed in 2014. The Association sanctions and promotes BBQ competitions throughout Australia and New Zealand.

In its first year, the ABA saw 20 teams participate in competitions throughout both countries. In 2019, that number skyrocketed to nearly 400 teams. Teams now have the opportunity to compete in an Australia National Championship based on aggregate points accrued across the regional series of competitions known as the Australian Barbeques Galore Championship Series.

Some of Australia’s biggest BBQ competition events and now drawing a hundred teams and thousands of spectators. Including the Buffalo Trace Australian Barbecue Wars and the two-day BBQ and music festivals known as Meatstock.

There are now also several BBQ competitions throughout Australia that are sanctioned by the Kansas City Barbeque Society (KCBS). Like the Northeast BeerBQ Festival in Bundalong this month. 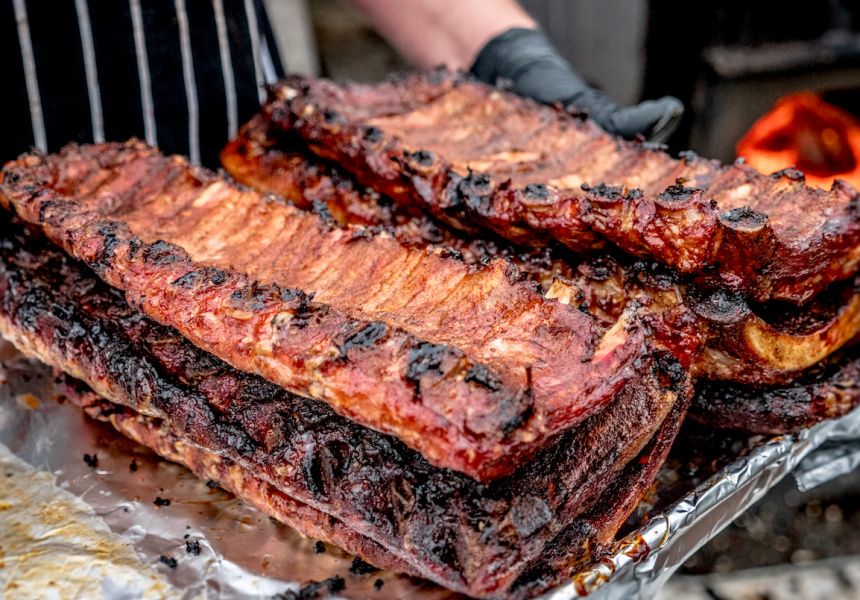 Aussies’ And Americans Share The Love Of Great BBQ

As the growth of BBQ continues to explode across Australia, we’re also seeing more and more American World Champion BBQ pitmasters and grillmasters traveling down under. Not only to participate as judges in local BBQ competitions but also to share their knowledge and techniques.

One example of these great pitmasters who have made the trip, and is thoroughly impressed with the fledgling barbecue scene in Australia, is Big Moe Cason of Ponderosa BBQ and the US reality TV show, BBQ Pitmaster. “Australia is embracing all sorts of styles from the US including the seasoning, design of the smokers, cuts of meat yet still creating their own flavors by using native woods like Ironbark,” he said. “It is where the US was 15 years ago, which is a massive accomplishment considering how long the US has had this style of barbecue”.

There has also been an influx of Australian competition BBQ teams making the trip to the US to compete in BBQ competitions throughout the country. For example, the World Championship BBQ Cooking Contest at the Memphis In May International Festival saw several Australian teams competing. Including Smoking Jokers Australia who took home 2nd place in the Serve Turkey Turkey Smoke category. Also, Australian entrant Grant Coleman and his BBQ team surprised many seasoned U.S. BBQ pitmasters at the renowned 2018 Houston Livestock Show’s World’s Championship Bar-B-Que Contest when he finished runner-up in the coveted brisket division. His win marked the first time in history in a major US barbecue competition that a non-US resident finished as a top-ten finalist. Let alone win a major trophy. 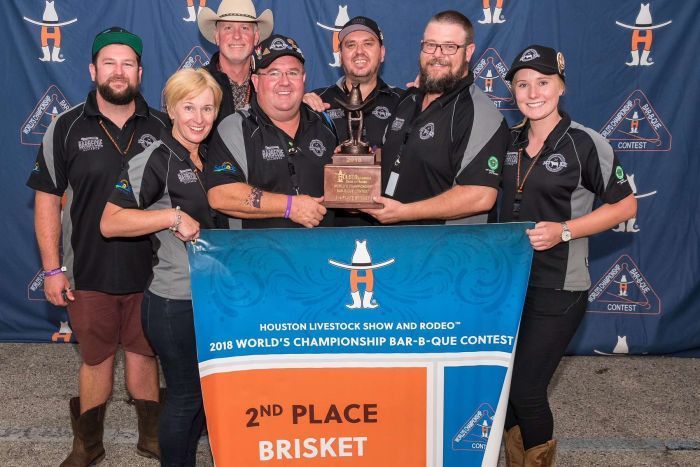 So, don’t tell your Aussie’ friend to “throw another shrimp on the barbie” (and FYI, they don’t really say that and they are actually called prawns in Australia). There are hundreds of Australians today who can hold their own alongside some of the great American World-Champion BBQ pitmasters. What is more important is the love of great American barbecue being shared between countries.

Have you seen some of these Australian teams in action at U.S. events? Or maybe even traveled to Australia and tried American-style BBQ? Leave a comment below. We want to hear about it!

Learn the same “low and slow” cooking techniques that these BBQ-loving Australians are using to sweep the competitions. Join World-class BBQ pitmasters and grillmasters in our first-of-its-kind online BBQ cooking classes at BBQ Champs Academy. Built for everyone from competition-caliber BBQ enthusiasts to the backyard cooker.

2 comments on “American-Style Competition BBQ Is Sweeping Through Australia”