The Best Liquids to Use for a Brisket Spritz 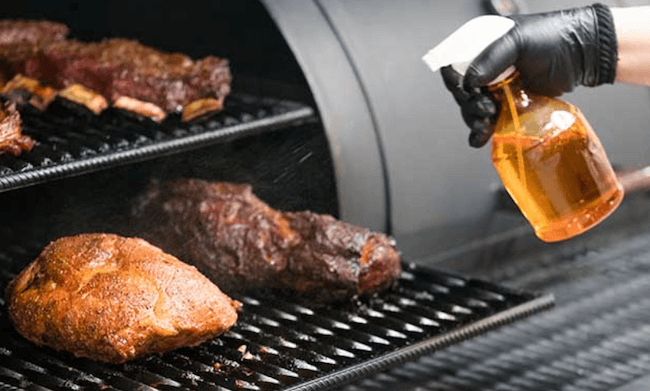 One of the most critical aspects of smoking a delicious brisket is preventing the meat from drying out. We’ve talked before about the different ways you can keep meat moist while smoking. One of these ways, used by some pitmasters, is lightly spritzing the brisket while it is cooking (unwrapped).

Spritzing brisket can be an effective way to not only add moisture during a low-and-slow cook but, when done properly, also aids in the caramelization that occurs on the exterior crust during the Maillard reaction. The liquid from the spritz also aids in the formation of that pink smoke ring just below the surface of the meat because the moisture attracts smoke.

So, are you wondering what to spritz brisket with? In this article, we’ve covered 7 great options of liquids to use for spritzing the meat. But first, there are a couple of important things to note about using a spritz on your brisket (or any other meat).

Important Notes About Using a Spritz:

There are a couple of important things to keep in mind when spritzing brisket. Firstly, it is important not to overdo it. One of the best things about a properly smoked brisket is the perfectly crisp exterior crust, aka bark. But, if you overdo it with a spritz and add a ton of excess moisture to the outside of the meat, it can soften the exterior crust and prevent proper browning. So, err on the side of caution when you are using a brisket spritz.

The other thing to keep in mind is not to spritz the brisket too early. You need to wait for the exterior crust to form on the meat first. If you don’t, there’s a high probability that your spritz will wash your rub/seasonings off the outside of your brisket and take your chance of that delicious bark with it. To prevent that from happening, let the brisket cook for about 90 minutes first. Then, lightly spritz it every 45 minutes (unless otherwise specified) while it is cooking unwrapped. 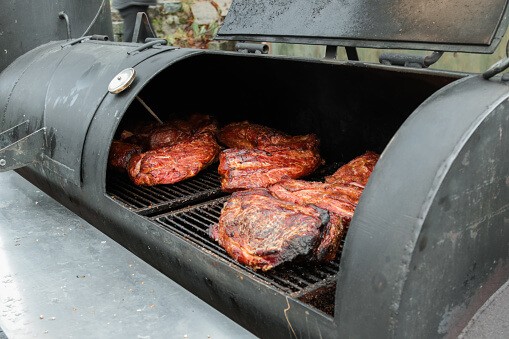 7 Options of Liquids to Use for Spritzing Brisket:

There are some tried and true liquid options for spritzing your brisket while it is smoking. Don’t be afraid to get creative and try something new for your next brisket. No matter what liquid you use, make sure that it is thin enough to easily be sprayed through a spray bottle without clogging it up.

Here are 7 of the most common options of liquids you could use:

This is one of the most commonly used liquids for a brisket spritz, especially for Carolina-style barbecue. Apple Cider Vinegar is often mixed with a little bit of water or apple juice to slightly dilute it. The acidity of the vinegar effectively breaks down the spices in your rub to help aid in the formation of the exterior bark. It helps the bark become deliciously crunchy and dark.

And don’t worry–using apple cider vinegar won’t leave a strong vinegar taste on the finished brisket. The vinegar flavor cooks out, similarly to if you were to cook with wine.

Apple juice is another popular spritz option. The sugar in the juice helps give the exterior bark even more delicious caramelization and a slight sweetness. Any liquid that is high in fructose will caramelize and helps add a nice layer of brown, crispy bark. If you want to cut back on the sweetness of the juice, just dilute it with a little bit of water before adding it to your spritzing bottle.

Beer is great for not only drinking while you are cooking but also as a spritz to give your meat extra moisture. Beer sticks to the brisket very well, adds a deliciously hoppy taste to the crust, and similarly to apple juice, because of the slight sugar content in beer, it will aid in the caramelization of the meat’s exterior. Dark ales or stouts do very well as a brisket spritz. The flavor pairs very well with the meat and the seasonings commonly used. 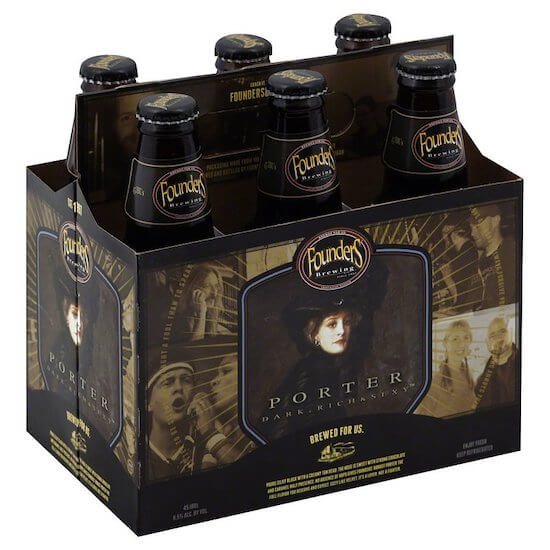 Spritzing brisket with broth is a safe option if you are worried about your brisket becoming too sweet or salty. Many of the other liquid options for a spritz contain sugar, salt, or have a high acidity. This isn’t a problem, but it does affect the flavor of the meat. So, broth is a more neutral flavor option for a spritz.

Broth is low in fructose, so you won’t get that sticky sweetness that you would from using apple juice or beer. The spritz mixtures that are higher in sugar content do tend to caramelize the crust a little bit better, but the differences in the bark are subtle.

Butter makes for a good alternative to using oil as a brisket spritz. It is commonly used as a mop sauce but can be melted down and thinned so that it can be sprayed. Just melt the butter to a liquid consistency and add water until it is thin enough to easily use in a spray bottle. Make sure to keep the liquid butter warm so that it doesn’t solidify and clog up the sprayer.

Using butter as a spritz won’t add a strong flavor to the meat but works well to add moisture to the exterior. If you want to control the salt content of your brisket and avoid making it too salty, use low-salt butter.

As long as your rub doesn’t have a high salt content, Worcestershire Sauce is another good liquid option for a brisket spritz. It will give you a strong but delicious extra layer of flavor on the brisket. If you find the flavor of the sauce too heavy on its own, just add some water to thin it out.

Because it does have a stronger flavor compared to other options we’ve covered, you’ll only want to spritz the meat roughly every 90 minutes throughout the smoke (compared to 45 with other liquids). 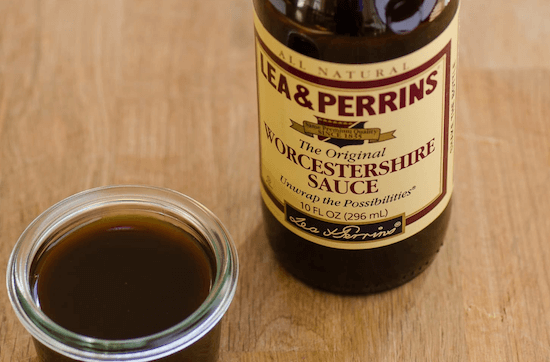 Sometimes the simple way is a good way to go too. If you want to give your brisket some extra moisture without messing with the flavor, just use plain water. It will get the job done and allow you to focus on imparting your desired flavor into the meat through a brisket injection and exterior rub.

There are a variety of other liquids that can work as a brisket spritz and are more “unusual” options that you could try. These include:

Try a Liquid Spritz for Your Brisket Today!

If you ask different pitmasters, you’ll find that it is a matter of personal opinion/preference as to whether to spritz or not. It won’t hurt to try and see how you like the results. As you can see, there are quite a few liquid options out there to suit everyone’s tastes. Don’t be afraid to experiment and find out what you like the best!

Have you or do you regularly spritz your brisket? Know of some other liquid options to use? Leave a comment below. We want to hear all about it!

Do you want to take your brisket smoking skills up to a whole new level and cook a perfect brisket every time? If so, grab your BBQ Champs Academy All-Access pass today! Taught by Champion Grillmasters and Pitmasters, these online video classes show you exactly, step-by-step how to cook a competition-caliber brisket, as well as three other types of meats (pork ribs, pork butt, and chicken).

These in-depth, online BBQ classes will not only teach you how to cook these cuts of meat perfectly in your smoker or grill, but you’ll also get insider information and cooking secrets straight from the pros like you won’t find anywhere else online.

Make sure to also subscribe to our BBQ Champs Academy YouTube channel today to stay on top of all the latest insider info and competition BBQ news!