Insider Tips On How To Grill Pork Chops Like Champion Grillmasters 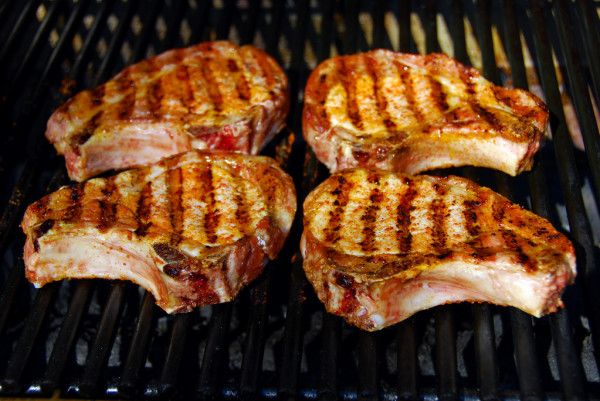 A favorite meat at backyard barbecues, especially during the summertime, is grilled pork chops. Plus, they are often more affordable to do frequently compared to other meats. But there’s probably been more than one occasion where you have bitten into a dry, tough pork chop and were hoping for better. If you are wondering how to grill pork chops like the pros, we’ve got you covered.

We went straight to some of our champion grillmasters and gathered some important tips to follow to ensure you end up with tender, juicy pork chops every time. Even if you are fairly new to grilling.

Let’s take a look at these important things to keep in mind when grilling pork chops:

When it comes to cooking pork chops that won’t dry out and will remain tender it is all about selecting a good cut. This is actually an important thing to remember for any type of meat you are grilling or smoking.

For grilled pork chops, the first thing you want to look at is thickness. Go for chops that are at least 1 inch thick. Thicker pork chops will make it easier to prevent overcooking.

If you do decide to go with a thicker, center-cut loin chop there will usually be a band of fat around the outside of the cut. Underneath this fat layer is a thin layer of connective tissue. It is important to cut away this layer along with the fat layer.

The fat cannot penetrate into the meat as it cooks. Leaving it on can actually cause the pork chop to cup up, as the layer of connective tissue shrinks during cooking, causing uneven cooking. 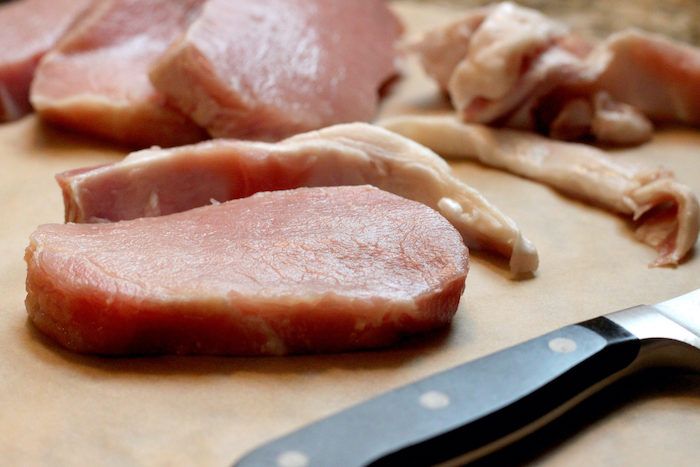 One secret to juicy pork chops, as well as a way to infuse additional flavor, is soaking them in a brine before cooking. A brine and a marinade are two very different things. As we covered in our article on common barbecue myths, letting meat soak in a marinade doesn’t do a whole lot of good. But a brine acts as an insurance against dry pork chops by helping tenderize the meat and adding more moisture.

Brines are salt-based and often mixed with additional flavorings like brown sugar or fresh herbs. The salt in the brine works to tenderize the meat and increase moisture absorption. Make sure to let your pork chops soak in a brine in the refrigerator for a minimum of 1 hour before cooking to get maximum juiciness.

Keep The Pork Chops From Sticking

Pork chops are notorious for sticking to the grill if not prepared properly. This involves not only the chops themselves but also your grill. Before cooking anything, it’s important to make sure your grill is clean and free of any leftover bits of food from your last cook. Bits of food like this can quickly burn and cause the meat you’re cooking now to stick to the grates.

Also, coat the pork chops with a light layer of oil on both sides to help prevent them from sticking. This is a good time to season the chops with whatever seasoning or rub you want to use. The oil will help the seasoning stick to the chops. 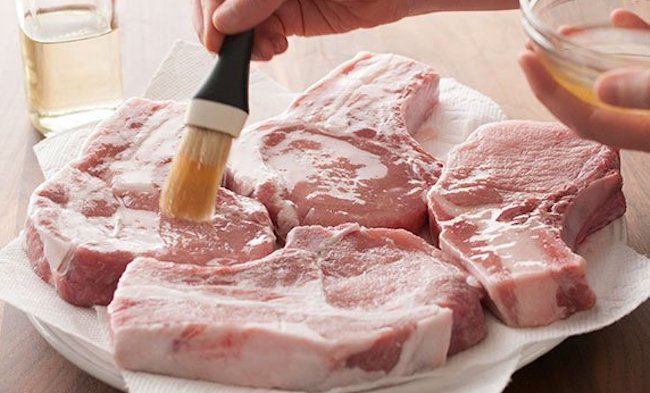 Use The Two-Zone Grilling Method

When cooking pork chops (and many other types of grilled meats), you want both a nice, juicy interior and a seared exterior crust. The best way to make this happen is with two-zone grilling. This means setting your grill up to have one side where you can cook over indirect heat (away from the fuel/heat source) and the other side over direct heat (directly above the fuel/heat source).

Thicker pork chops take longer to cook. Two-zone grilling gives you the versatility to cook for longer periods without overcooking the meat. So cooking the chops for the majority of the time over the indirect side and then searing both sides for a couple of minutes over the direct heat will give you perfectly grilled pork chops.

When To Cover & When Not To Cover

As we mentioned before, pork chops are very easy to overcook and dry out if not prepped and grilled properly. So when you are grilling pork chops using a two-zone method it is important to know when to cover them and when not to.

Know When To Use BBQ Sauce

Knowing when and how to use barbecue sauce is important when you are grilling or smoking meat. Many barbecue sauces have some form of sugar in them, which burns quickly at high temperatures. The last thing you want to happen is for your pork chops to start burning as soon as you brush sauce on.

If you are cooking the chops over indirect heat, you can brush the sauce on when you first start cooking and again about 20 minutes later. Be careful not to overdo it with the sauce. When you are cooking over direct heat, do not brush sauce on until a couple of minutes before the pork chops are ready to come off the grill. 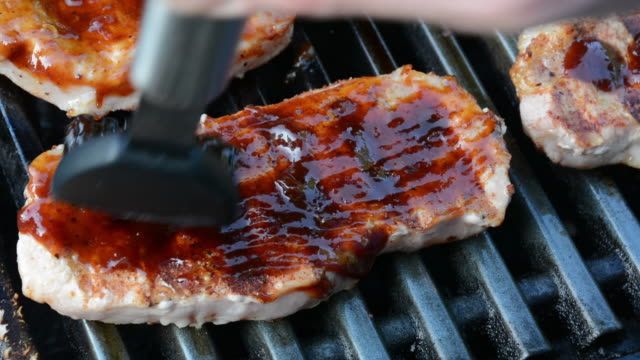 You may be wondering how long to grill pork chops? Of course, you want to avoid serving pork chops that are either undercooked or overcooked and dried out. The best way to determine how to properly cook pork chops and know when they are done is to rely on temperature versus time. This is where a good quality thermometer is crucial.

Do not cut into the pork chops to check doneness while cooking them. This will release the juices from the meat and make it much easier to dry them out.

Another secret to tender, juicy pork chops is not to immediately serve them as soon as they come off the grill. Cover the pork chops with aluminum foil and let them rest for 3-5 minutes. This will allow the juices to redistribute throughout the meat and you’ll also get carryover cooking where the internal temperature will rise a few degrees to the desired point.

Pork chops are a delicious option for your next outdoor cooking session. By following the tips above, you’ll be well on your way to consistently grilling tender and juicy pork chops just like the champion grillmasters. As you can see, making this happen is more than spicing the pork chops and cooking them for a specified time. Preparation and temperatures are key to cooking delicious pork chops.

Learn all of the tips and techniques straight from the Champion Grillmasters here at BBQ Champs Academy.