13 Pro Tips on How to Make Jerky in a Smoker 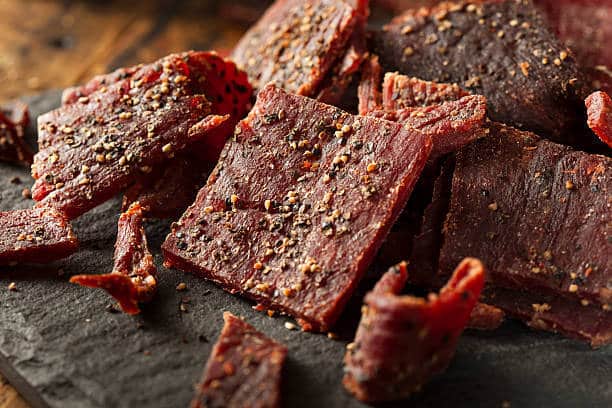 One great thing about having a smoker is that you can cook a huge variety of things. From appetizers to a huge whole packer brisket to feed an army and everything in between. You can even make some delicious snacks to have on hand when you’re feeling “munchy”.

One great snack, especially if you’re looking for something protein-packed, is smoked jerky. Drying and curing meat is a method that’s been used for centuries to preserve it for long periods. What we know as jerky actually came from the Quechua, a South American tribe from the ancient Inca Empire who referred to it as "ch'arki".

And when it comes to how to make jerky in a smoker at home, it’s a lot easier than you may think!

We went straight to the Champion BBQ Pitmasters to find out everything you need to know to make jerky. In this article, we’ve put together 13 pro tips on smoking jerky yourself. Let’s take a look:

#1 - Starting with Lean Meat is Key

When smoking jerky, you should always start with a lean, economical cut of meat. The meat needs to be lean because fat does not dry out properly and can’t be stored for long. So, some good options of cuts for jerky include a beef eye of round roast or sirloin tip roast.

Traditionally jerky is made from beef. But don’t be afraid to experiment with different types and cuts of meat. Turkey, pork, lamb, and even game meats like venison and moose can make good jerky. Just make sure the cut is as lean as possible.

#2 - Always Slice Against the Grain

When prepping the meat for jerky, it is very important to slice against the grain in the meat. If you go with the grain, you’ll end up with tough, stringy, and extremely chewy jerky. So, going against the grain will ensure that your jerky has a nice bite-through without being really tough. Jerky that is done right will actually be a tiny bit soft and have some give when you bite into it. You shouldn’t have to tug at it with your teeth. 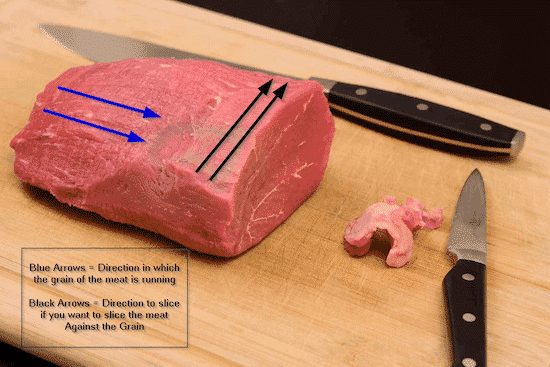 #3- Cut It Thinly and Evenly

Just as important as cutting against the grain is to make sure you are cutting the meat into thin even strips. Your best bet is to use a very sharp knife to slice it into strips that are about 1/4” thick. This will ensure the meat dries out properly. It is also important to remove any excess exterior fat as you are slicing the meat.

One trick to help make it easier to slice the meat at a consistent width is to wrap it in plastic wrap and put it in the freezer for 1 to 2 hours to partially freeze it first.

It is not a requirement to marinate the meat before it goes in the smoker (versus using a dry rub), but it does often result in better jerky. So, after you’ve sliced it, place the meat in your marinade of choice and make sure all of the pieces are covered evenly. You’ll get the best results if the meat is allowed to marinate in the refrigerator for 6-24 hours.

A marinade that uses salt, pepper, and garlic (SPG) as the base ingredients will give a nice, balanced, flavor. This jerky marinade from Charbroil is a good place to start:

Remember, the goal of smoking jerky is to dry the meat out. So, if you have marinated the strips, before you put them in your smoker it is important to lay them out on paper towels to remove any excess marinade. Then, the strips will be ready to either lay directly on the metal racks/grates or hang.

If your smoker has plenty of room below the metal racks/grates and the bottom (and the heat source), like in a vertical smoker, hanging the strips of meat is a very good method to use. There’s nothing wrong with laying the strips across the grates, but hanging the meat seems to allow the strips to properly dry out evenly, sometimes even in less time.

To hang the strips, just slide one toothpick through one of the ends of each strip. Or you can space apart several pieces on a long wood skewer. The toothpick/skewer can then rest on the grate while the strips hang below it. Just make sure to soak the toothpicks or skewers in water first so they don’t catch fire. 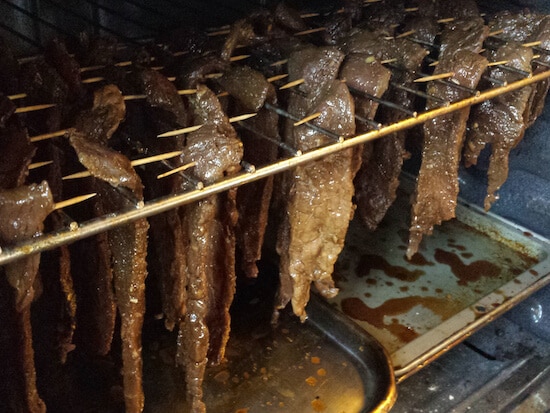 To ensure that all of the strips of meat dry out properly, make sure not to overlap any of them when placing them. Use multiple grates/racks to allow for enough space between the slices.

If you have already soaked the strips of meat in a “wet” marinade, do not put water in the water pan when smoking the jerky. You don’t want to add more moisture to the exterior of the meat. But, if you used a dry rub to season the strips of meat without any liquid, put a little bit of water or other liquid of choice in the pan during the first 1 to 2 hours of smoking.

The flavor/type of wood you use will be very evident in the taste of the jerky. So, you don’t want to overpower the meat by using a strong flavored wood, like Mesquite. Unless that’s the flavor you are going for. Hickory, Apple, Oak, and Pecan wood infuse the best flavor for jerky.

Remember, you’re not cooking the meat like normal. For this smoking process, the goal is to dehydrate it and remove all the moisture. The ideal temperature to smoke jerky at is usually between 150°F and 170°F. These lower temperatures allow the meat to dehydrate, without being traditionally cooked. You could go up to 200°F and probably be OK but any hotter and you run the risk of overly charring your jerky.

If your smoker’s burning at the right temperature, you’ll see a thin, blue smoke coming out. If the smoke is thick, billowing, white smoke, open the vents more and increase the temperature of the smoker. Thick white smoke can impart a bitter taste to the meat and ruin your jerky. 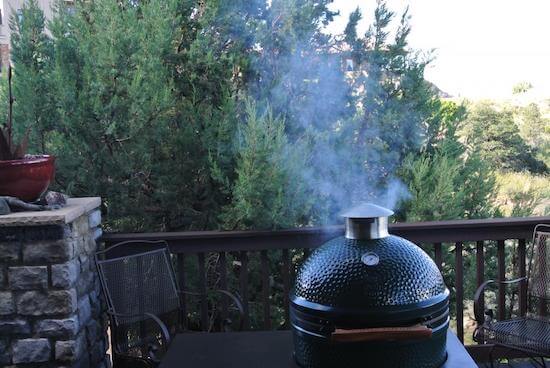 #12 - Wondering How Long to Smoke Jerky?

The answer to this question can vary widely. The important thing will be to keep an eye on it. It should take between 3 and 10 hours depending on the thickness of your jerky and the type of smoker you have. For example, at 200°F in a pellet smoker, jerky usually finishes in 3 to 5 hours. But in a Masterbuilt electric smoker, it will usually take 6 to 8 hours.

So, check for doneness at the 3-hour mark. Then check every hour and even more frequently as it gets closer to done. Remove any slices as they are done to prevent overcooking.

#13 - Smoke Until the Jerky Bends and Cracks

Once you’re 3 hours or so into the smoking time, periodically pull a strip out of the smoker and let it cool for 5 to 10 minutes. Then check to see if it is done by bending it AFTER it has cooled down. You want to smoke the strips until your jerky is firm and bends and cracks but does not break in half. Small white fibers within the meat are also a good indication that the jerky is finished smoking.

As you can see, the answer to how to make jerky in a smoker is not overly complicated. If you follow the tips above, you’ll be well on your way to enjoying some delicious jerky that you can snack on for weeks. (Plus it’s WAY cheaper than store-bought jerky!)

Have you tried making jerky in a smoker? Know of any other important tips? Leave a comment below and let us know. We want to hear all about it!

Ready to really elevate your meat smoking and grilling skills like never before? Join the Champion Pitmasters and Grillmasters in our first-of-their-kind in-depth virtual BBQ classes here at BBQ Champs Academy! In these classes, you’ll learn competition-level BBQ cooking techniques, insider secrets, and more. Get your All-Access pass today and start showing off your high-caliber cooking in no time!

Make sure to also subscribe to the BBQ Champs Academy YouTube channel to stay on top of all the latest insider info and competition BBQ news straight from barbecue pros!