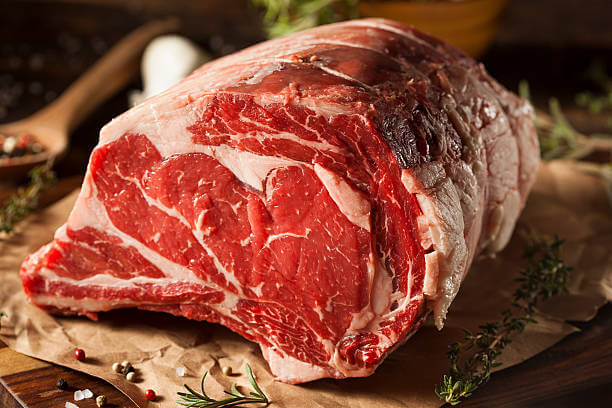 There’s no doubt about it, beef roasts make some of the best cuts of meat to smoke low and slow. If you’re somewhat familiar with BBQ and smoking meat, the first beef cut that probably comes to mind is a brisket. This is one of the most popular beef cuts to smoke, especially when it comes to competition barbecue. Another popular option for holiday meals is prime rib. But, there are quite a few other delicious types of beef roasts as well. And some are much more affordable than you may think.

With so many different beef roast cuts, it can be easy to get confused with the different options and where they’re cut from, etc. Plus, some cuts can go by several different names, making it even more confusing. But, we’ve got you covered!

In this article, we break down everything you need to know about the different kinds of beef roasts that are available, going from the front of the steer to the back. Plus, where the best place is to buy different types of beef roasts.

In general, roasts are cut from the steer's shoulder (aka chuck), chest, rib and loin areas, and butt and back leg (aka round).

Starting from the front of the steer and going to the rear, here is a breakdown of 12 of the different beef roast cuts you can find:

(aka Arm Roast or Pot Roast)

The clod roast (also commonly referred to as the arm roast) is cut from the front arm of the steer. It is leaner and usually a little less expensive than the more commonly known chuck roast. Because it is a tougher cut that comes from a more exercised part of the steer, this cut is best when slow-braised/smoked.

(aka Pot Roast or Chuck Roll)

This affordable cut is taken from the shoulder, above the clod roast. Between those two cuts, the chuck roast will have a higher amount of fat marbling throughout it. This cut is often the ideal choice for cooking pot roast, whether that is in a slow-cooker or on your grill. (Yes, pot roast can be cooked on the grill!)

(“Whole Packer Brisket” = The Whole Cut, Including the Flat & Point)

One of the most widely-known beef cuts, the brisket is a favorite for meat-smoking enthusiasts and those wanting to splurge on holidays for the family. The whole brisket is a primal cut, taken from the breast or lower chest of the steer, and includes the fatty point (aka the deckle) and the lean flat. As another heavily-exercised part of the animal, the brisket is best cooked slowly at lower temperatures.

When buying a brisket, make sure you specify if you want the whole packer. If you don’t, you may just end up with the flat.

More commonly referred to as the prime rib, the beef rib roast is arguably one of the kings of beef cuts. This cut is made up of the middle seven rib section of the steer and includes a delicious amount of fat marbling, making it a more tender option for beef roasts.

Consisting of parts of the filet mignon, chateaubriand, porterhouse steaks, and T-bone steaks, the whole tenderloin is the most tender beef roast available. Cut from under the spine, along the animal's ribcage, it is tapered in shape with the middle being referred to as the "center cut." This roast, consisting of little-worked muscle, produces mild and extremely tender flavors. The labor that goes into trimming and tying a tenderloin, as well as the waste produced, is what also makes it one of the most expensive types of beef roasts. 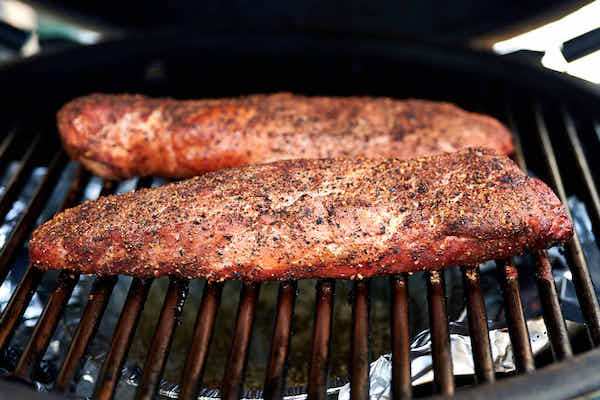 The top sirloin roast is a lean but flavorful cut taken from the hip bone. With a fair amount of fat marbling, it would not be considered an “economical” cut but is still more affordable than a tenderloin. This roast is extremely versatile and can be slow-roasted whole, cut into steaks and grilled, cooked in a stew, or stir-fried.

This small triangular roast is taken from the bottom of the sirloin subprimal cut. With hearty beef flavor and a good amount of tender marbling, this roast started as a popular cut in the West and is growing in broader popularity. This cut is great for smoking, grilling, or roasting.

An economical cut that is taken from the inside of the animal's back leg, the top round roast is similar in fat and flavor to the top sirloin. This cut is what's typically used for deli roast beef, sliced thin against the grain. It is also a good option for braising in a slow cooker as a pot roast.

The bottom round roast, another economical cut compared to other options, is cut from the outside muscles of the back leg (aka the “rump” area). This roast will have quite a bit more marbling compared to the top round. It is another good option to cook in a slow-cooker or as a pot roast on the grill. The bottom round can also be roasted, but if roasted for too long it can become chewy and tough. 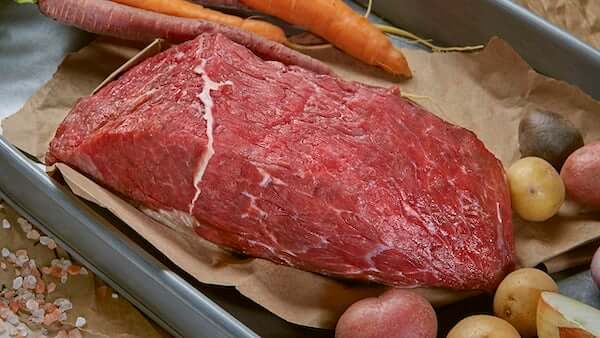 Eye of Round Roast

The eye of round is a circular, very lean roast cut from the elongated muscle located in the center of the bottom round section. Like other rump roast options, this cut offers the best results when roasted and thinly sliced.

(aka Round Tip Roast or Knuckle)

A budget cut that is taken from the steer’s front end of the rear leg, adjacent to the sirloin, the sirloin tip roast is very similar to the top sirloin roast. This roast is lean but flavorful. Like most lean beef cuts, it should be braised, stewed, or slowly roasted to break down any toughness of the meat. The sirloin tip roast can also be a great option for kebabs on the grill.

For reference in general, the more fat-marbled roasts will come from the parts of the steer that move the least (think tenderloin and rib roast). While the tougher roasts that take best to braising and slow-roasting will come from the areas that get the most exercise (like the round). These tougher cuts may not normally be considered “special-occasion” cuts but they can still be very delicious, while also being much more affordable.

Best Place to Find a Good Variety of Beef Roasts

You’ll usually be able to find several of the above beef roast cuts at your local supermarket, especially specialty markets. But, for the largest variety of options and the highest quality meat, head to your local butcher shop. Any good butcher shop will happily cut meat to order. Then you can specify exactly what roast you want, how big you want it, etc. And just by asking the butcher questions, you may even discover other options you never knew existed.

Keep in mind that you should bring your roast(s) home no more than 3-4 days before you plan on cooking it.

Do you have a favorite beef roast cut? Plan on cooking one of these cuts soon? Leave a comment below and tell us all about it. We want to hear from you!

Want to take your smoking and grilling skills (including with a beef brisket) to a whole new level? If so, join the Champion Pitmasters and Grillmasters here at BBQ Champs Academy in their in-depth, step-by-step virtual barbecue cooking classes like you won’t find anywhere else! These first-of-their-kind classes will teach you competition-level barbecue cooking methods, give you insider tips, and much more. Grab your All-Access pass today and perfect your barbecue cooking in no time!

Make sure to also Subscribe to the BBQ Champs Academy YouTube channel today so that you don’t miss any of the latest insider info and competition BBQ news straight from barbecue pros!